I realize that writing this review, I’m not really appealing to most of the people that read and follow my blog.  But, I had a thought while reading that deserved discussing whether you are a fan of the series or not, so bear with me here…

Order to Kill is the 15th book in a long standing series that I got sucked into a few years ago with my dad; and while it certainly isn’t the type of book I usually read, *cough cough fantasy/scifi cough* I love myself a good political thriller every now and again.

The Mitch Rapp series is a story that was created by author Vince Flynn: its basically about a college kid that is recruited by the CIA, who is then trained to become their top operative/assassain (depending on the scenario).  Obviously this is extreme summarizing going on here, but the series spans several decades, with Rapp being immortalized as this sort of American hero and globally feared among the “bad guys” of the terrorist world.

Tragically, Vince Flynn lost his battle with cancer a few years ago, and so it seemed the Mitch Rapp dynasty had come to an end.  But last year another author, Kyle Mills,  picked up the series, writing in Flynn’s style, so the characters could live on. 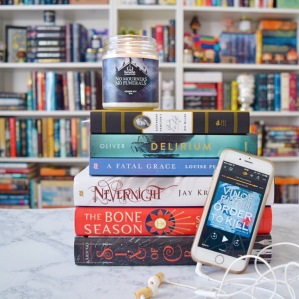 As with a lot of these types of series, you do not necessarily NEED to read the books in order, but it does help with character development and back story.

This book moves…fast.  The pacing is on fire, and from the first page to the last, does not let up.  And as far I love how Mills kept and developed characters that had already been introduced to the series, rather than going completely rogue.

While Rapp has always been, and always will be, a killer/assassin type person, in Order to Kill he actually uses more of his tactical wit, rather than brute force.  I will admit, the lack of detailed killing was refreshing.

Finally, as far as the plot goes, I found this book to be more unique than this genre generally allows.  Where as most of the terrorist attacks plans that Mitch Rapp has foiled over the years were religious in their motivations, Order to Kill is driven forward by economics and greed, rather than fanatics.

Order to Kill may be one of my favorite books in this entire series, and it isn’t even written by the original author.  I feel like I am betraying Vince, which is weird.  However, for a majority of the story I was waiting on tenterhooks for the fate of one of my favorite characters to be determined.  Which finally brings me back around to that thought that I mentioned in the beginning of this post.

Does Kyle Mills really have the nerve, nay – the right, to kill off any of these characters that Flynn lovingly developed for a decade?  Does any author that finishes a series?

I found myself becoming increasingly irritated with Mills (even though the story was fantastic) only because I thought my fave was going to die.  How DARE he mess with my emotions that way.  I was legitimately considering not finishing the book just because I don’t think I could have handled the sadness if they actually died.  I would have just pretended the series ended whenever Flynn stopped writing it, rather than being happy that the rest of the characters are continuing their story-lines.

So, what do you think?  Am I being a little crazy, or am I totally justified?

One thought on “Order to Kill”

There was an error retrieving images from Instagram. An attempt will be remade in a few minutes.