For being the shortest month of the year, February dragged on and on for me.  It started out on a bad note with me being sick, and then all of a sudden, I wasn’t in the mood to read at all.

Instead, I spent most of my nights watching my boyfriend play video games, and messing around on my iPad.

At first, I felt guilty about it: so many books to read, so little time right!?  But its okay to have sub par reading months, just as its okay to have amazing reading months.  This is a past time, a pleasure hobby, not a job.  I can read as much or as little as I want; it’s my time and I certainly am not getting paid to read and review books.

Anyways, I just wanted to go on that mini rant and let anyone know that if they are feeling down on themselves for being in a reading slump, everything is going to be okay.  Sometimes we need a little break.

With all of that out-of-the-way, my monthly wrap up for February is going to seem a lot bigger and more impressive than it actually was; let me explain.

I know I can’t be the only person that looks at their bookshelf and thinks: “I have nothing to read” while 80 unread books are staring back at you and screaming “what the fuck?!?!?!” 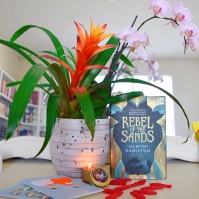 Anyways, that happened to me this month.  Which, when I look back on it, is kind of embarrassing because sure enough: one thing led to another and good lord I ended up with a lot of books this month!  So, basically I’m good until mid 2017… #whooops. 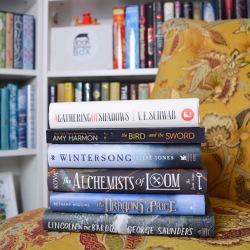 I do find it mildly ironic that my biggest book haul of six months, is the same month that I read the least.  Oh well.  Like I said earlier, it happens, and I am not going to beat myself up about it.  Plus, there really aren’t that many new releases in March and April that I NEED, so I really do believe I will be set on books until May hits.

How was everyone else’s February?  Any books that I should get to first?  Let me know, and until next time!

One thought on “February Wrap Up & Haul!”